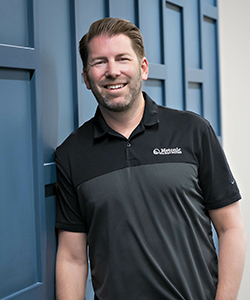 Josh provides leadership to the Business Development Team at Metonic, including the fostering of investor relationships and furthering brand awareness. He comes to Metonic after overseeing the growth and continued development of the Goosmann Law Firm within the Omaha market as the Executive Director. Previously, Josh spent over 16 years as a leader in college athletics, where he served as the Senior Associate Athletic Director for The University of Nebraska Omaha and previously as Assistant Athletic Director at The University of Nebraska Lincoln.  While at UNO, Josh played an integral role in converting the university into a Division I athletic department and the construction and funding of the Baxter Arena. Josh received his Bachelor and Juris Doctorate Degrees from the University of Nebraska Lincoln.