From Crowded to Quarantined in my Metonic-Owned Apartment 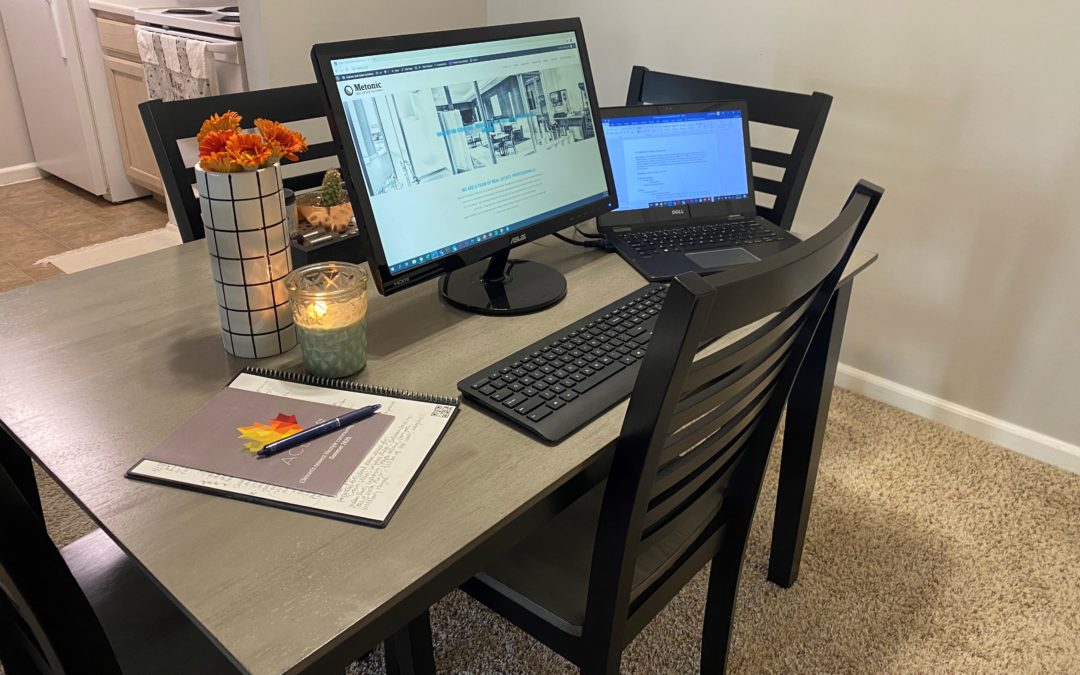 I started my job as Business Development Associate at Metonic on February 17th. This was a new role at Metonic, and I couldn’t wait to get started. The office was a bit crowded as we were preparing to make the move into our new space on 120th and Center. Although we were in close quarters in the temporary space, it was a great way to get to know my new coworkers and learn everyone’s roles within the company.

Less than two weeks later, I moved from downtown Omaha into my new apartment at Torello on Maple, one of the many lovely multifamily apartment communities in Metonic’s portfolio. This was a big move for me, as it was the first time I moved into my own place unaccompanied by roommates.

A new job and a new home resulted in a lot of chance in my life in a short two-week span. Luckily, I was too excited about the new opportunities to be stressed about the rapid life alterations. Two weeks later, on March 13th, came a new and even bigger event to adapt to: leaving the office and my new coworkers behind to be quarantined in my new apartment due to the COVID-19 pandemic.

I had read plenty about the virus overseas like many of us had, but wasn’t expecting it to impact us as quickly as it did. When I packed up my desk that Friday morning, I had no idea it would be the last time I would be with a group of more than 10 people, feeling any sense of normalcy, for a very long time.

It’s now been five weeks since I left the office to begin working from home. The first week or so were filled with frustrations of trying to craft a daily routine and stick to it. It was tough to get used to video calls and going over marketing projects virtually that would’ve been much easier to discuss in person.

However, I’ve finally found a routine that works well for me, one with a healthy work-life balance that I’m excited to continue to implement even after the quarantine is over. I’ve learned how to effectively communicate with coworkers via phone calls, video chats, and screen-shares. The leadership team at Metonic has been very supportive while we navigate through the difficulties of our new way of working.

It can be hard to think about positives during such a negative time, but here are a few of mine: I have officially mastered the natural-lighting to lamp-lighting ratio that will allow me to look presentable sans makeup on Zoom video calls. I have eaten several family-sized frozen pizzas by myself, read numerous books that I’ve had in my collection for years, and taught my grandparents how to FaceTime. I’m very grateful to be living in the apartment I’m in and working with such great coworkers. The old me would be looking forward to an upcoming concert or trip, but the new me awaits everyday in excitement of moving into our new office!